Very first day in Popayan ( my second day in Colombia ) I opened a coffee table book at the hostel. And my eyes laid on one amazing photo and I pointed that one out and told my self I want to go there. I wrote down the name of the place and also other places based on the amazing photos in that coffee table book. 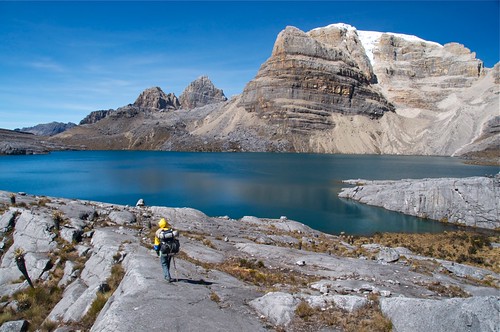 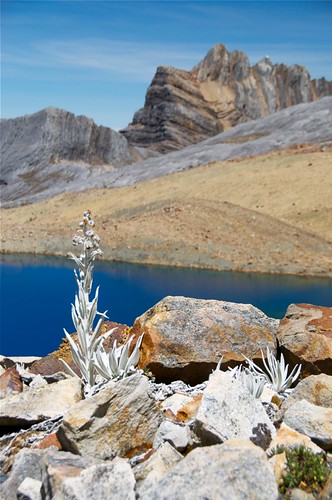 I started to seek some information on that same hour only to hear disappointed story from Michael, German dude I met in Popayan. The road was closed and it's expensive and not that many people go there. It sounded almost impossible to get there. At the same time the rain and landslides all over the country that time put me off and worry me if I ever gonna make it to that place.

After a month of 'waiting' in Ecuador for better weather in Colombia, I went back exactly after one month and things were looking good. I met Nicole, a sweet girl from Switzerland in Salento who went to Cocuy two weeks earlier , she told me all about it and things were a bit clearer and I knew what to expect. So after being a lazy dog in Villa de Leyva I took the colectivo to Tunja and then took a night bus to Cocuy. This would be 1 out of three less visited place by tourist in Colombia. But I could understand the reason why, 8 hours to get to Cocuy and almost all the way on the bad road can be a bit rough for some people. With smaller bus I could feel all the stone on the street and my ass felt like a flat tyre by the time I arrived in Cocuy.

Got to Cocuy, got my room, got my sleep. But still things are a bit vague, there's no tour company or tourist information and the company I checked online quote me 1.000.000 pesos for 6 days of trekking, which is about 500 U$ dollar. I wanted to go but wasn't sure if I want to spend that much money.  But my luck came around again, I found this dude who used to live in America, been climbing all his life and now working in the Parque National office. He took me all around looking for guide from one house to another. Until his friend told him that his uncle is a guide. Within 15 minutes we had agreement to do the 6 days trek the next morning with the almost half price than the tour company price.

Cut the story short, in overall it's a pleasant walk but one or two days we walked like a nomad with no sense at all. When you're walking over hills too many times, you started to think what's the use? It's like walking on the playground with no certain destination, that pisses me off. Although I could understand since the terrain make it impossible to have a decent trail.There's nothing you can do but follow the damn trail 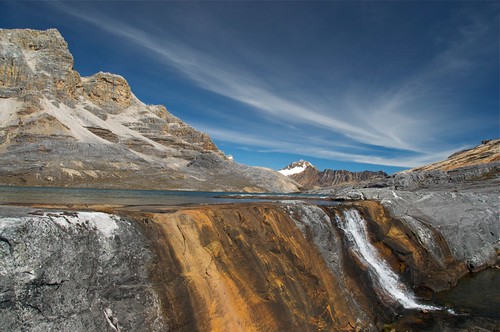 We supposed to stay overnight at the cabanas on the first day after one hour walk, but that day we skipped cabanas and decided to keep walking for another two hours instead to a campsite near the pass to go to the Laguna Grande de los Verdes. Which gave us the whole day in Laguna Grande the next day, absolutely amazing, but that night was one of the coldest night I've experienced maybe in my life ( after Tibet during Christmas ) I didn't sleep in the first two days, it was too cold it's not funny! Woke up at night to pee only just to witness ice on the whole ground and simply made me even more stress with the cold. I woke up every half hour due to the cold.

( Advice from me : Listen to people's advice! Because Nicole told me to rent a sleeping bag cause mine was just a mediocre sad sleeping bag. And I didn't follow her advice  )

But the next two days we camped under the huge rock and that was two warmest nights and finally I could get my sleep that night. Some camp site were not available during that time since there's no water due to lack of rain ( not that I'm complaining ) so the 4th day we walked extra 2 hours after  6 hours of walking to find a camp site with water source. And camped just 2 hours away from the pass going to Laguna de la Plaza, so again I had the whole day to enjoy the Laguna the next day. This trek is just another trek worth the journey, the hassle and the time. It's not hard and doable for everybody, camped at 4000-4200M I think it's not too high and bareable ( especially for insane people who find trekking is a pleasure ) Just bring good sleeping bag ( comfortable -10 should be fine )

Mind you, two weeks earlier there's group walked with my guide and for three days there was heavy rainn.. They saw nothing but fog and cloud, with the cold and wet clothes for good three days ( a nightmare I always worry during trekking )

The video I made during the trek

How to get there

If I were you I would do this trek first and then relax in Villa de Leyva.

The one and only website about trekking in Cocuy