Not everyone's favorite. But it is one essential way of transport for most of travelers here in South America. Not only that it's cheaper ( most of the times ) but it's more flexible. You can buy the ticket last minute before your departure. Also with the timing, there are night buses that save us the money for accommodation. It's accessible just fine, compare to getting into airport, getting through the pain in the ass usual ritual at the airport.

But yes of course, no need a brainer to tell me that taking a flight is saving a lot of time with extra bit of money. It's your choice really. But somehow I saw some of the most amazing view during my bus journey.

In Peru, I spent 100 hours bus journey, with 21 hours as the longest ( Lima-Cusco ), most of the time I took the Cruz del Sur with cama or semi cama seat ( cama = bed, figure out yourself ) but there's no such a thing once you crossed the border to Ecuador, as most buses in Ecuador are local bus that stopped at every houses if they have to, but that means the fun begins.

Very interesting to observe the locals in the bus, they love sitting at the front of the bus, applied to all age. Regardless even if they traveling together they would sit separated as long as they can sit at the front of the bus. Looks like there's a curse or jinx on the back of the bus that they would avoid it if they could or they could see a ghost standing at the back or something. No se

Another thing is, I couldn't think of any other nation whose people can be more than the Ecuatorianos as an impulse buyer. They buy everything in the bus, almost literally everything. From junk, medicine, make up, food, drinks of course. Therefore the most skilful salesmen might coming from Ecuador or the opposite, cause the people in the bus buys pretty much everything.

Don't expect a nice quiet journey in Ecuador if you're traveling by bus. There will be at least one salesman onboard and screamed on top of his lung and shattered your dream or maybe they will give you nice 'rap' background on your ipod music. Or worse, sometimes they show movie in the bus, but the salesman will be standing in the middle and blocking your view and literally screamed onboard to overcome the sounds of the movie ( which was always loud! ) 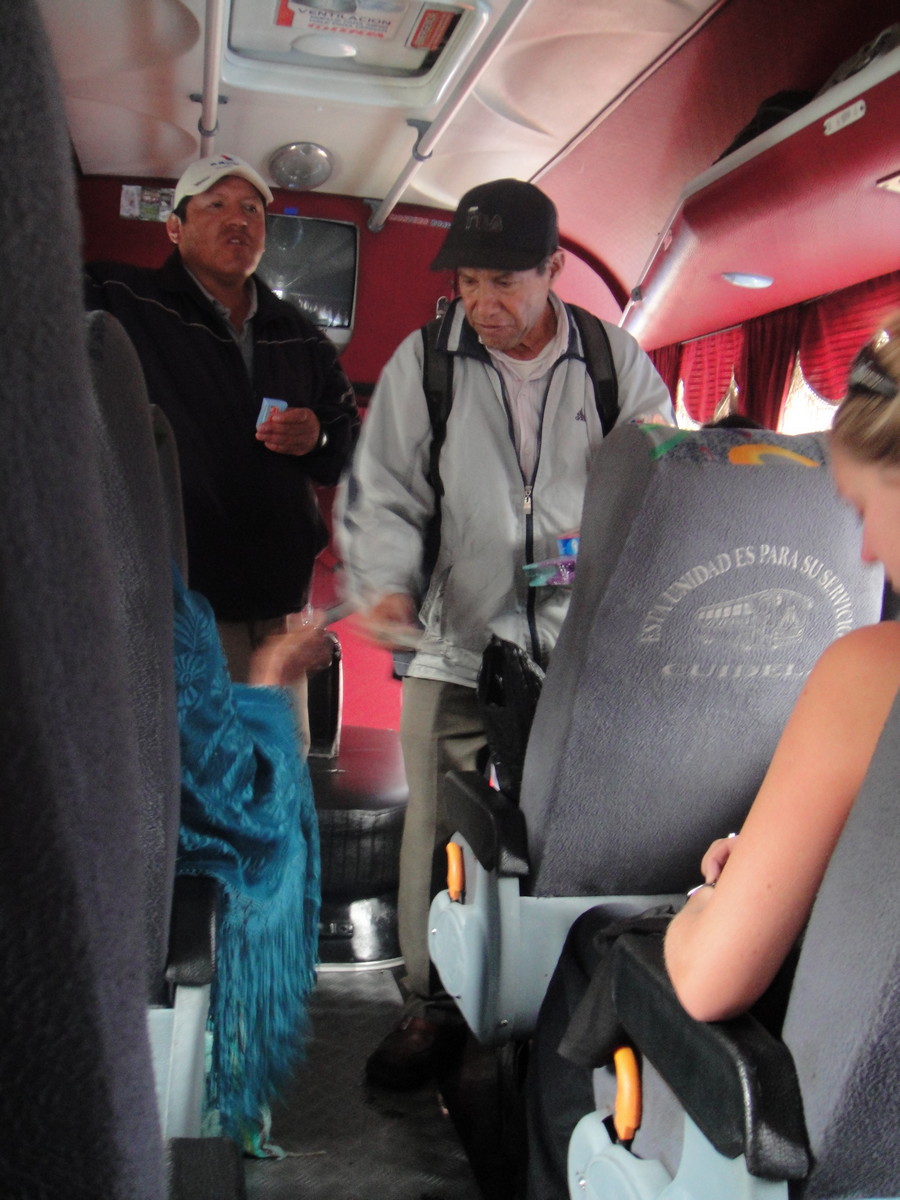 If you're lucky, you have more than one salesman onboard! 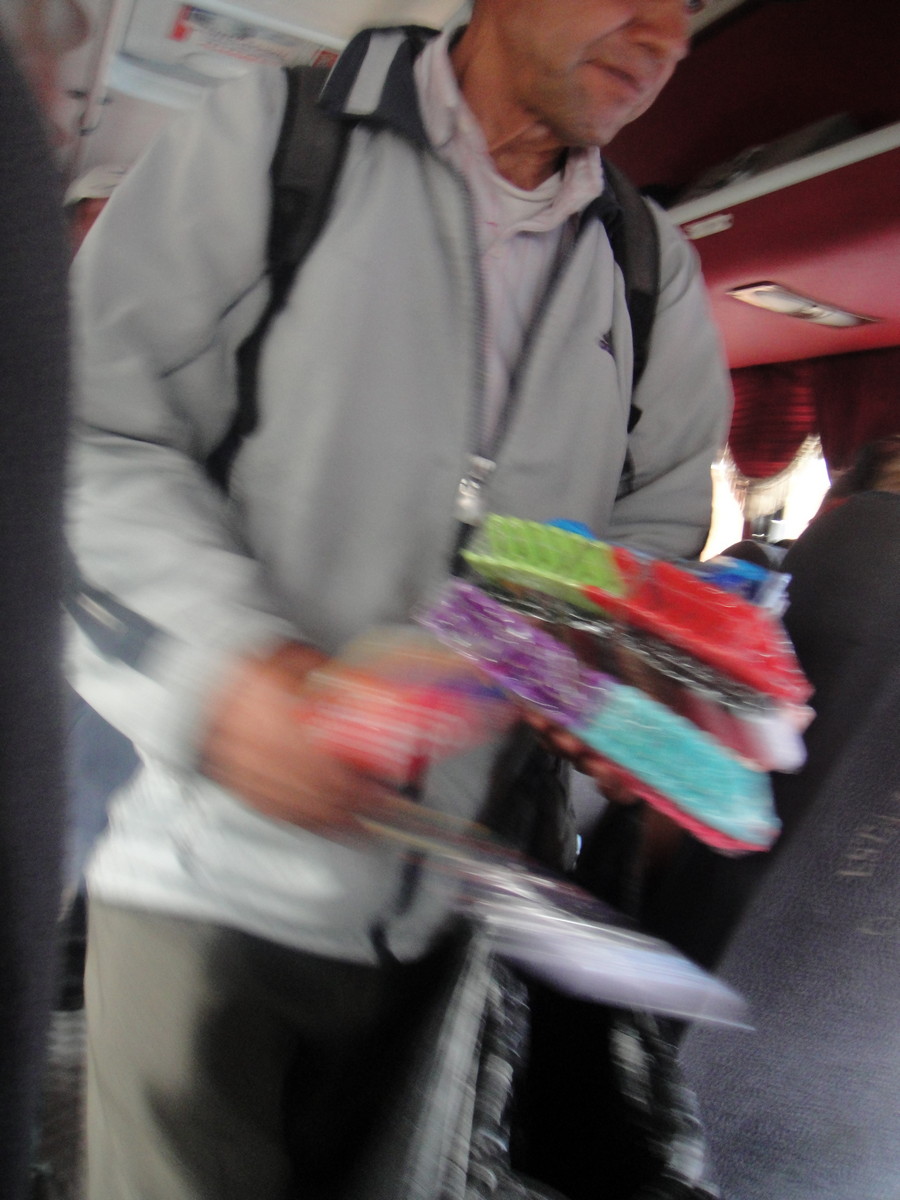 You need toothpaste, toothbrush, soap? He got everything

There's is one guy selling a face cream onboard. First he would go through his booklet and showed it to the passenger in front of the bus just like a school teacher. He showed pictures of any kind of diseases, problems with acne and sort of stuff. And he would demonstrate and put the cream on his face and yapping around in Spanish I don't understand. Before that he gave one small bottle of cream to all passenger to allow them to think if it's worth buying it. Man, that guy is good, lots of people bought his product which could be just a sun block or expired cheap yoghurt for all you know in that bottle.

Or one day on my way to the border to Colombia, we stopped on the street for good 10 minutes. And I counted the people selling stuff inside the bus, there were at least 15 people at one time selling food and drinks. And somehow they managed to figure out how to walk on the aisle without knocking passenger head or bump into the other salesman. It's like a wave of people inside the bus in and out, worked harmoniously.

Don't make a fun of actor you hate and mock them before you travel on the bus, you never know what is waiting for you onboard. We made fun of Chuck Norris and Steven Seagal a lot before our trip to Canoa ( and you know the famous Chuck Norris facts ) 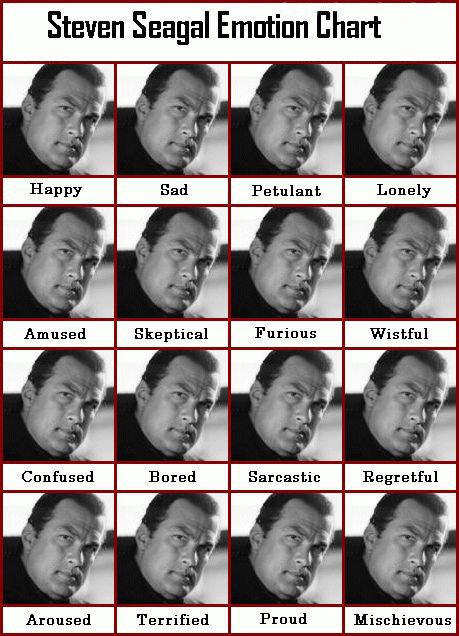 And guess what, they played the DVD of Steven Seagal with total at least 4 movies in a row. Beat that! ( I'm so glad we're no in the bus going to the moon, otherwise they probably will play all the Chuck Norris movies too ... hiiii )

But one thing I still couldn't tolerate and deal with in proper manner without killing my insanity is the loud music they play in the bus. On our journey back from Perdenales to Quito, they played the music so loud that I had to use my headset just to redeem the sound and on top of that there's a couple sitting on the other side somehow hates the songs too and they took the matter in their own hand, which playing their own music from their mobile phone with burst speaker cause they play it too loud. And just before you think you're going crazy with two music playing at the same time, one salesman got onboard and with his very deep voice he somehow managed to overcome the sound craziness in the bus by screaming as if he's GOD calling all human during the judgment day. I felt that my skull is cracking and the inside of my head was ready to burst and explode. But of course not, but I thought I think I would be very happy if it happened. And I looked at Patrick next to me, calm and relaxed as nothing happened, typing his travel journal. Sometimes I wonder if he's a real human or not.